Skip to content
Previous Next
As a leader, how important is it for you to be liked?

As a leader, how important is it for you to be liked?

Most leaders (psychopaths aside, perhaps) enjoy being liked. We appreciate the little gestures and the subtle social cues that indicate that people like working with us, they like our style, they appreciate our contribution.

All things being equal, it is indeed a good thing that people like you. This means that they are more receptive to your input, they are more willing to help you, they are better prepared to go the extra mile. The opposite is clearly undesirable: if people dislike you as their leader, they are going to be less happy, less creative, less inspired. Not a good thing. So a certain interest in how the people you lead feel about you, is natural and necessary. Fortunately, many of the things leaders do that contribute to people liking them are productive and beneficial: listening deeply to the people they lead, showing respect, giving encouraging feedback, signaling appreciation.

But give ‘being liked’ too much attention, and it becomes debilitating. Leaders rapidly lose effectiveness when it becomes important for them to be liked. They start shying away from giving tough messages. They avoid difficult choices that may be unpopular. They let conflict fester. They become reactive and lose focus. As a result, their integrity can easily be questioned.

Striking a good balance where you ensure you command healthy respect and at the same time avoid pursuing popularity can be challenging at times. Which battles do you pick? How much do you soften tough messages? How long do you choose to wait before making difficult choices?

I recently observed an inspiring example of such balance. I was working closely with a global team of very talented leaders – the team members came from more than a dozen countries from five continents. The team members had not worked together before and so a natural level of forming and storming was going on. Given the diversity of cultures and styles represented, there was clearly some bruising of egos as the team tackled a complex design challenge. At one point, Alan was at the flip chart, drawing and explaining his idea to the rest of the team. Charlie, who was listening, clearly disagreed, became impatient, got out of his chair, went up to the board, took the pen from Alan and started to explain why Alan’s idea was not practical and how his own approach would work much better.

Alan was livid. He was so taken aback by this behavior that he went silent – perhaps choosing not to say anything lest his fury take the form of unprofessional epithets. Charlie seemed completely oblivious to the anger he was causing – not just with Alan, but with the rest of the team, who felt that he violated basic rules of teamwork. The tension was high. Most people present could feel that this was a critical juncture for the team. What happened now would contribute strongly to the forming – or the destruction – of this team. Calmly, Brooke, who had been observing, got out of her chair, walked over to Alan and Charlie and addressed Charlie: “Did you notice what you just did and the effect it had?” She continued to explain that while Charlie’s enthusiasm and energy were laudable and well intentioned, his behavior was utterly unacceptable. Charlie was surprised by such clear and direct feedback – offered not out of frustration, but out of care for the team as a whole, for Alan who had been slighted and for Charlie – who was ‘stepping in it’ without noticing. Brooke’s intervention shaped the team in an admirable way. It took less than a minute, but it set the team on a new course. As I observed Brooke, it struck me that she exhibited two strengths: i) strong social awareness and ii) healthy disregard for being liked.

Reflecting on the profiles of the more than a thousand leaders I have coached and served, it strikes me that they can gainfully be considered along two axes: social awareness and the need to be liked. 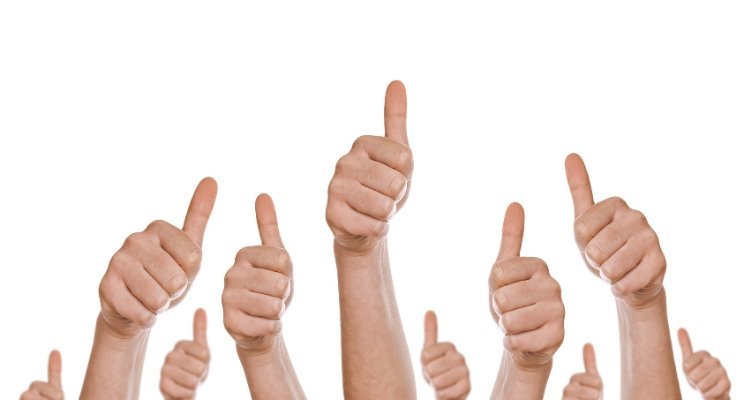 In quadrant I, we find the leaders who are attuned to what is going on, but have a strong personal need to be liked. This can stem from insecurity, but it can also have other causes. For example, if the leader’s vision is less than clear and compelling it becomes tempting to optimize for the here and now. It is hard to find the courage to deal with conflict and to give tough messages. Courage is not absence of fear, but the assessment that something else is more important. If the vision is not seen as more important, the leader can get into the mode of pleasing people in the environment. Since leaders in this quadrant are socially aware, they know what it takes to make people feel good and to ensure they are liked. This leadership style can work reasonably well in a protected, steady-state environment. We sometimes find such leaders in the public sector or in organizations that for some reason enjoy a (possibly temporary) monopoly.

In quadrant II, we find the leaders who struggle to understand what is going on around them. Still, they want to be liked. Such leaders have sometimes been promoted and put into their leadership positions in organizations that value and reward long tenure and loyalty – perhaps without equal attention to leadership capacity. These leaders often feel awkward as they seeks scraps of recognition. They typically do not continue for long in their leadership roles, unless they are able to change their mindset and build new skills.

In quadrant III, we find the leaders who have no need to be liked, and who are socially unaware. They can be dictatorial. They don’t care whose feet they step on, and they may be blissfully unaware that the toes of those around them are blue and black. Such leaders can be effective – if effectiveness is measured in terms of a few simple metrics such as sales or profits. We find many highly intelligent leaders in this quadrant. Churn may be high among their followers, but this is subordinate to the financial results. Motivation is often provided in terms of large bonuses, and this attracts a certain type of follower. Loyalty is limited: “If I get a better offer, I’ll bail.” The organization at large may be aware of the carnage going on, but may choose to tolerate the behavior of the Dictator due to the results achieved. This style may work in environments that focus on narrow, well-defined challenges: increase sales, grow market share, enhance short-term profitability.

In quadrant IV, we find the inspirational leaders who are socially aware, but have no personal need to be liked. In many ways, they are detached from the outcome. They are typically personally inspired by a higher calling. They seek to nurture a healthy and supportive work environment, because this brings meaning and fulfillment to the group, encourages interdependence and facilitates team work, which in turn can help the team solve complex problems. This style works better when addressing “wicked problems” – highly complex challengesthat may be ill-defined, that requires many different kinds of expertise, that have many diverse stakeholders. The leaders in this quadrant are often respected and liked. Indeed, they may inspire fierce loyalty. But their “being liked” flows from their pursuit of a higher calling and from the courage that comes from this calling.

Brooke clearly demonstrated “quadrant IV” type leadership as she confronted Charlie. It shaped the subsequent discourse in the team.

Questions for reflection: How important is it for you to be liked? Where does this desire or need come from? When does it get in your way? How can you understand it more deeply and, through this, reduce the grip it has on you? 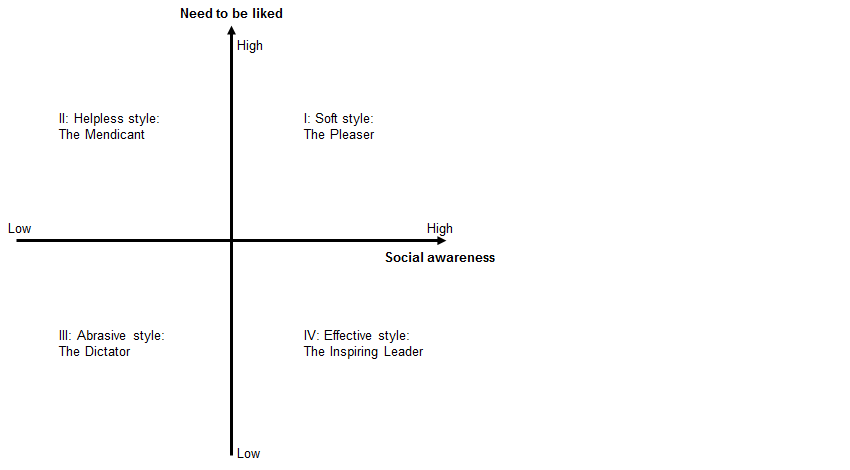