I recently enjoyed watching the film The King’s “no” [original title: Kongens nei, Director: Erik Poppe]. This historical drama describes the German invasion of Norway in the early days of World War II. It was a special privilege to watch the film with my 81-year old father, who lived through the War and remembers it vividly. The story told in the film is well known by many Norwegians, but perhaps less well known outside the country.

Synopsis: After the British forces lay mines in Norwegian fjords, Germany invades Norway in a bid to control the North Atlantic and to protect the transportation of iron ore (bound for the German factories), which is shipped out through Narvik, in northern Norway. Germany does not declare war on Norway but presents the action as a bid to ‘protect Norway and Norwegians from the British hostile forces’. In spite of this friendly cover, Norway perceives the German invasion as an attack, and fires torpedoes and shells at the German war ships as they cruise up the Oslo fjord – at night, with extinguished lanterns and without prior warning. Mobilization in Norway is shambolic, but the King and the Government flee the capital on a train that leaves Oslo a few hours after the skirmishes in the Oslo fjord. All major Norwegian towns are rapidly captured by the Germans, but the King and the Government remain at large – spending nights in private accommodation and driving in private cars by day. The German diplomatic representative in Norway seeks to negotiate, to avoid the loss of life, but the ‘negotiations’ consist of a thinly veiled ultimatum from Germany – presented to the King personally. The King is clear: Norway is a democracy, and he will take no such decision on this own. He will submit the question to the Government, even though he considers the government to be weak and pliant and in spite of his fears that the Government has very limited will to stand up to the occupation force. This is the backdrop to the highlight of the film, a stirring scene where the King presents his position to the Government. His stance is clear: He respects the Government’s right to make the decision. At the same time, his personal perspective is values-based: if the Government chooses to accept the German ultimatum, he will be forced to abdicate, together with his house (extended family and lineage). This short, poignant speech shames the Government into rejecting the German advance, and Norway is at war. The King is acutely aware that his actions will lead to casualties on both sides, but accepts this responsibility in the context of the greater good that he stands for. [Should you wish to watch the trailer, you can find it here].

In many conversations about leadership in the organizations I serve, we explore self-leadership and leadership of direct and indirect reports. Just as important, often, is leadership without formal authority. King Haakon VII’s speech is an inspiring example of strong leadership without formal power. As King, he is a representative for the people and the nation, but his formal power is limited. The King fully understands the power of symbols, though, and uses this understanding powerfully, to great effect.

He demonstrates due respect for the Government and clearly shows that he understands other priorities and competing perspectives. This is a prerequisite for ‘reaching’ the senior politicians to whom he is speaking. He is somber and terse – conveying in body language and in tone of voice, in pace and in tenor, a message that is entirely consistent with his words. He clearly demonstrates that he is prepared to risk and sacrifice the monarchy in order to stay true to his values and maintain integrity – in keeping with his personal motto: “All for Norway”.

I am regularly inspired to see politicians, NGO leaders, church leaders and business leaders risk their own position, the prospect of re-election, their financial safety, and their prestige to advance the cause they are fighting for – with a visceral understanding that “I am living for something greater than myself”. A friend of mine rejected a corporate career to start a think tank that would stimulate and nurture a more strategic and positive dialogue about the future of his country. A politician that I know was among the first in the world to advocate a ban on smoking in public places, at a time when this proposal was hugely unpopular and was met with derisory comments from restaurant owners, conference center managers and most voters. This politician was driven by a deep conviction that he was fighting for better health for the entire population. A business leader, who is also a friend, placed his personal prestige and career on the line as he spoke up against objectionable business practices in his own organization. (He ended up leaving the organization because of this).

Are you clear that you are living for something greater than yourself? What consequences does is this having in your life? Are the people you lead (with or without formal authority) visibly inspired by your vision? What are your moments of powerful leadership where you choose to stand on principle, perhaps at significant personal risk?

I would love to hear your perspective and your experiences. 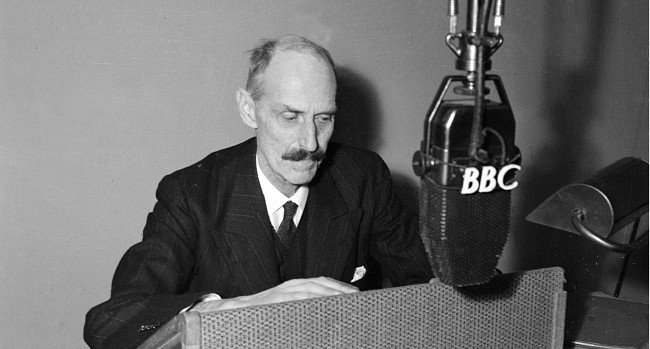